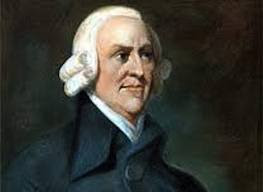 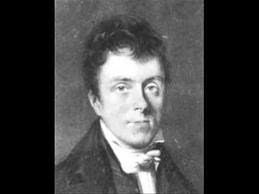 Henry Martyn
However, Henry Martyn, Merchant in the East India trade, was right from today’s perspective. He recognized that wealth might point in one direction while welfare in another. Henry Martyn’s book “Considerations upon the East India Trade”, written to oppose the EIC’s monopoly, had already anticipated most of what is right and wrong about the theory of free trade: “Things may be imported from India by fewer hands than as good would be made in England, so that to permit the consumption of Indian manufactures is to permit the loss of few men’s labor...A law to restrain us to use only English manufactures, is to oblige us to make them first, is to oblige us to provide for our consumption by the labor of many, what might as well be done by the labor of few, is to oblige us to consume the labor of many when that of few might be sufficient.”
Whatsoever, many economists opine that Adam Smith had prophetic insights on the dominant form of corporate business in his days: the so-called “joint stock company.” During Adam Smith’s lifetime, this risk-sharing system had evolved into a dynamic driver of an expanding global economy. It brought into being the famed East India Companies backed by the Dutch, French, and British governments. They further say, just as Adam Smith was a harsh critic of the 18th century corporations that circumvented the operation of the market by obtaining monopoly power from the State, he would likely to have been equally critical of the powerful oligarchic companies of the 19th through 21st centuries.
Selected Quotes from “The Wealth of Nations on Multinationals”
“The government of an exclusive company of merchants is, perhaps, the worst of all governments for any country whatever.”
“...The rate of profit does not, like rent and wages, rise with the prosperity and fall with the declension of the society. On the contrary, it is always low in rich and high in poor countries, and it is always highest in the countries, which are going fastest to ruin.”
“The interest of the dealers . . . in any particular branch of trade or manufactures, is always in some respects different from, and even opposite to, that of the public... (They) have generally an interest to deceive and even to oppress the public, and accordingly have upon many occasions, both deceived and oppressed it.”
“Our merchants frequently complain of the high wages of British labor as the cause of their manufactures being undersold in foreign markets; but they are silent about the high profits of stock. They complain about the extravagant gain of other people; but they say nothing of their own.”
“Perpetual monopolies were harmful to the long-term trading interests of any nation. They raised prices artificially, encouraged waste, fraud and abuse and, in India, had interfered with the sovereign interests of the British government.”
“While the East India Company had been a trading endeavor, it had provided great service to the state and its people, justifying the monopoly privileges and helping its stockholders' dividends to growth. After territorial expansion occurred, this role and its privileges required revision, for Company interests were at cross purposes with those of the state.”
N Janardhan Rao, Lead Economist
Posted by Lead Economist at 1:23 AM